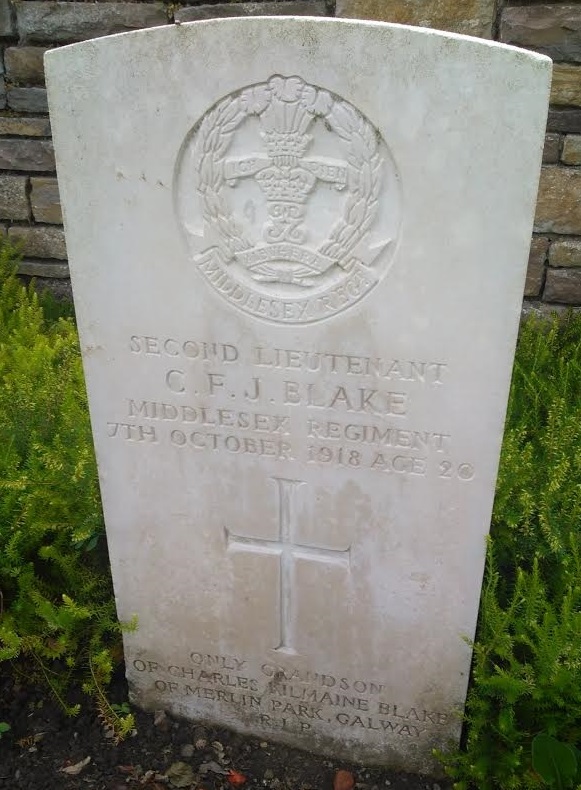 Charles Francis John Blake was born in Northfleet on 30 May 1898 to Francis Thomas Blake (born 1843 in Dublin) and Bridget (born 1860 in Greenhithe). In the 1901 Census Charles is listed as living at The Lord Bexley Arms, 77 Broadway, Bexleyheath with his parents and 3 older sisters – Clara Irene (born 26/10/1889), Dorothea Mary (born 19/02/1894) and Violet Christine Mary (born 05/01/1896). Charles’ father is listed as a Licensed Victualler and his mother as a School Teacher. By the 1911 Census they had moved to Oldberry House, 21 Springhead Road, Northfleet and father Francis had left the pub trade, working as an Accountant for Sloan Bowtlett Banking Security, he died 3 years later in March 1914. Mother Bridget by 1911 was Head Teacher of St Joseph’s Catholic School in Station Road, Northfleet – she is listed as working there in both the 1899 and 1918 Kelly’s Directory.
The first school that Charles attended was St Joseph’s Catholic School in Northfleet (where his mother taught), before then attending The Gravesend County Day School (now Gravesend Grammar School) from 1910 – 16. All 3 sisters attended the School too, Clara from 1903, Dorothea from 1905 and Violet from 1907. The County Day School had been originally opened in 1893 as a school of science and art, located in Darnley Street close to Gravesend Railway Station. (With the move of Gravesend Grammar School in 1938 to its present site in Milton Road, the original school building is now the Victoria Centre for Adult Education). By the time that Charles and his sisters attended the School, the 1902 Education Act had been passed and the school had become a recognised Secondary School. Although still a fee-paying school, there were scholarships available, but it is unknown as to whether any of them were scholarship pupils. The Headmaster at the time was H F A Wigley, BA, FCS. Although the School originally took both boys and girls, by 1914 the girls had left to form their own school at Mayfield, Pelham Road and the School name changed to The County School for Boys, Gravesend.
On leaving school in 1916 Charles entered the Sandhurst Military Training College and in November 1917 was gazetted to the Middlesex Regiment. Prior to this he had been wounded in the head in July of that year, spending 4 months in hospital. He was reported recovering in a field hospital in France after the effects of poison gas in September 1918. In the War Diary (WO95/1713) the entry for 7 October 1918 reports his death whilst attacking the Fresnes-Rouvroy line near the village of Biache st Vaast to advance west of Vitry.
Charles Francis John Blake is buried at the Level Crossing Cemetery, Fampoux, near Arras, Pas de Calais – Plot II.A.I
As a footnote – all 3 sisters are listed still as spinsters in the Probate records for their mother Bridget in 1936. Many women remained unmarried after World War One due to the loss of so many young men, the sisters may have also had to mourn fiancés or boyfriends as well as their brother. 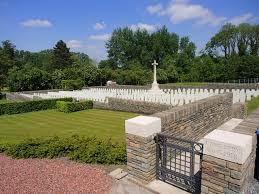