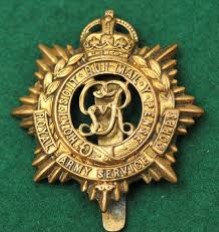 Charles Hubert White was born in Swanscombe on 28 November 1898 to Edward Thomas White (born 1868 in Swanscombe) and Mary (born 1871 in Gravesend). In the 1901 Census Charles was listed as living at 14 Osborn Terrace, Swanscombe with his parents. Younger brother Leonard George was born later that year (14/08/1901). Charles’ father is listed as a Blacksmith.
The first school that Charles attended was Galley Hill School. Situated in Swanscombe, Galley Hill School was built in 1858 and originally held a mechanics’ institute, this establishment being supported by the White’s Cement Factory whose employment was drawing many workers into the Galley Hill area. Bazley White, owner of the cement works, founded the Galley Hill Elementary School in 1858.
Charles continued his education at The Gravesend County Day School (now Gravesend Grammar School) from 1910-14. The County Day School had been originally opened in 1893 as a school of science and art, located in Darnley Street close to Gravesend Railway Station. (With the move of Gravesend Grammar School in 1938 to its present site in Milton Road, the original school building is now the Victoria Centre for Adult Education). By the time that Charles attended the School, the 1902 Education Act had been passed and the school had become a recognised Secondary School. Although still a fee-paying school, there were scholarships available, however it is unknown as to whether Charles was a scholarship pupil. The Headmaster at the time was H F A Wigley, BA, FCS. The family address according to the School Admissions Register in 1910 was 38 Milton Street, Swanscombe.
The White family were living at the same address by time of the 1911 Census. Father Edward White listed his occupation as a Tool Smith at a Cement Makers.
After the outbreak of World War One, Charles was working as a Clerk. He enlisted in Gravesend on 11 October 1916 as a Clerk in the Army Service Corps, Regiment No. 295386. Charles White survived the War, but died on the 18 June 1922 from Nephritis. (It was suggested that he died as a result of a disease contracted on active service).
Charles Hubert White is buried at Swanscombe Cemetery 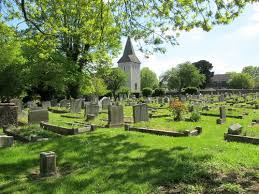