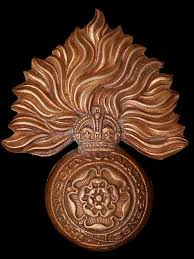 Edward Victor Garrad was born in Gravesend on 27 January 1892 to Barry Lappage Garrad (born 1852 in Hatfield Peveral) and Elizabeth Mary (née Fitzgerald, born 1860 in Lowestoft). In the 1901 Census Edward is listed as living at 3 Upper Castle Cottages, Gravesend with his parents and 2 siblings – older brothers Barry Lappage (born 1882), listed as an Assistant Schoolmaster and Charles Roger (born 1884) who was an Apprentice to a Clothier at a Gentleman’s Outfitters. Barry Garrad senior worked as a Gardener.
The first school that Edward attended was the Kempthorne Street School, a Higher Grade British school located in Kempthorne Street, Gravesend. This school had been open since at least the early 1880s, as it is listed in the 1882 edition of Kelly’s Directory. Kempthorne Street School closed in 1909, with the pupils transferring to the newly built Cecil Road School.
Continuing his education Edward attended The Gravesend County Day School (now Gravesend Grammar School) from 1905 to 1910. The County Day School had been originally opened in 1893 as a school of science and art, located in Darnley Street close to Gravesend Railway Station. (With the move of Gravesend Grammar School in 1938 to its present site in Milton Road, the original school building is now the Victoria Centre for Adult Education). By the time that Edward attended the County School, the 1902 Education Act had been passed and the school had become a recognised Secondary School. Although still a fee-paying school, there were scholarships available, however it is not known whether Edward was a scholarship pupil. The Headmaster at the time was H F A Wigley, BA, FCS. In the School Admissions Register the family address in 1905 is listed as 50 Windmill Street, Gravesend. In the County School Magazine of July 1908, Edward’s story – A Paper Chase and Its Ending – is included, at that time he was in IIIB.
By the time of the 1911 Census both older brothers had moved out from the family home, Charles had married Agnes Nellie Colyer in 1902 and was living in Norwood as a House Decorator with 2 children. Edward at 19 is listed as a Science student – he was at this time studying at Kings College, London, where he also became a member of the King’s College London Officers Training Corps. After University Edward was employed at the Head Office in London of the County and Westminster Bank, at the same time he was studying for his BA.
After the outbreak of World War One, Edward enlisted with a commission as a 2nd Lieutenant in the Royal Fusiliers, 14th Battalion which was attached to the Loyal North Lancashire Regiment. After training his regiment was sent to Gallipoli, leaving Britain on the 14th November and arriving on 1st December 1915. He served in Gallipoli until January 1916, then Egypt until February and Mesopotamia (now Iraq) from February until his death on 22 April 1916. Edward was reported killed by a sniper after a successful attack on an enemy trench during the last advance in the relief of General Townshend at Kut near the Sunnii-yat position. He was buried where he fell.
Edward Victor Garrad is remembered at Basra Memorial, Iraq – Panel 27, and the Memorial Books for King’s College and the London School of Economics, also the Masonic Roll of Honour (Mother Lodge – the Royal Colonial Institute No. 3556).
His brother Barry married Cicely Wilson-Taylor in 1915 and served as a Lieutenant in charge of anti-aircraft at Waltham Abbey. Father Barry Garrad died later in 1916, he was buried on 7 December 1916. 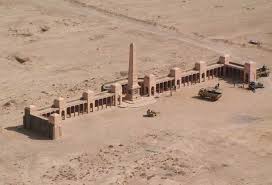