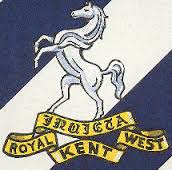 Harry Charles Colleer was born in Brightlingsea, Essex on 26 June 1890 to Charles Colleer (born 1860 in Colchester) and Lottie (born 1866 in Brightlingsea, Essex). In the 1901 Census Harry is listed as living at 13 Silcott Street, Brightlingsea with his parents and 2 siblings – younger brother Wilfred James (born 27/07/1893) and younger sister Dorothy (born 1883). His father worked as a Customs Officer.
The first school that Harry attended was Wrotham Road School, Gravesend. Continuing his education he attended The Gravesend County Day School (now Gravesend Grammar School) from 1904. Brother Wilfred also attended the School from 1906-09. The County Day School had been originally opened in 1893 as a school of science and art, located in Darnley Street close to Gravesend Railway Station. (With the move of Gravesend Grammar School in 1938 to its present site in Milton Road, the original school building is now the Victoria Centre for Adult Education). By the time that Harry and his brother attended the County School, the 1902 Education Act had been passed and the school had become a recognised Secondary School. Although still a fee-paying school, there were scholarships available, however it is not known whether either boys were scholarship pupils. The Headmaster at the time was H F A Wigley, BA, FCS. In the School Admissions Register the family address in 1904 is listed as St Cuthbert, Lynton Road, Gravesend.
By the time of the 1911 Census the Colleer family had moved to 25 Darnley Street, Gravesend – Harry at 20 was employed as a clerk at the Port of London Authority and brother Wilfred age 17 worked as a clerk for the Tramway Company. Father Charles Colleer was then a Preventative Officer with HM Customs.
After the outbreak of World War One, Harry enlisted as a Private in the Queen’s Own (Royal West Kent Regiment), 7th Battalion at Dartford, Regiment No. 240828. He was listed as missing (Kent Messenger 22/06/1918) and later reported as killed in action on 28 March 1918.
Harry Charles Colleer is remembered at the Pozieres Memorial, Near Albert, Somme – Panel 58 and 59. 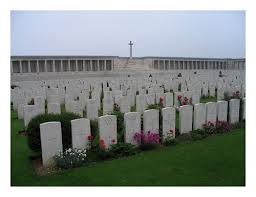