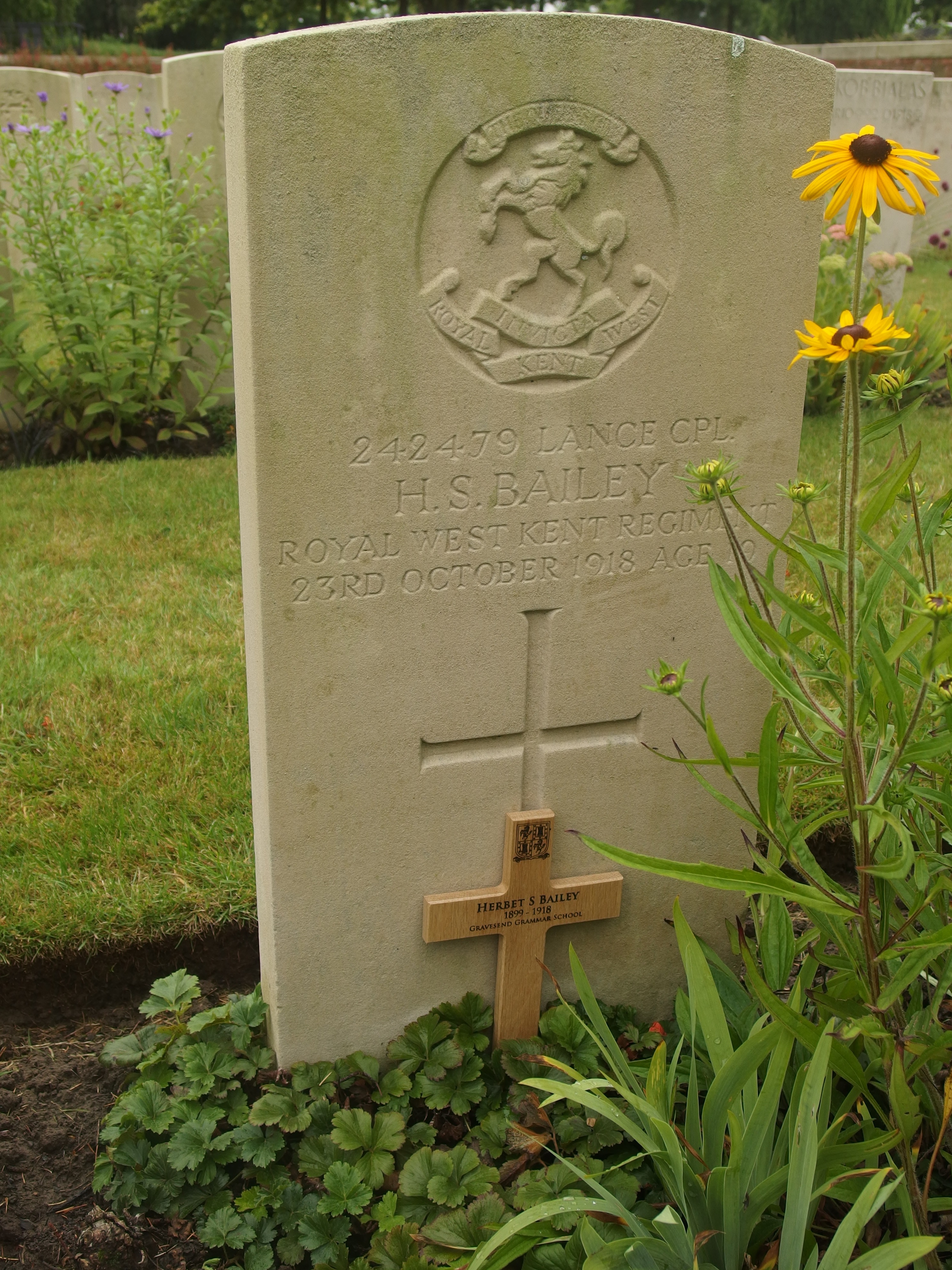 Herbert Stigant Bailey was born in Gravesend on 17 May 1899 to George Bailey (born 1863 in Gravesend) and Mabel (born 1874 in Rochester). In the 1901 Census Herbert is listed as living at 160 Parrock Street, Gravesend with his parents and 1 older brother Cyril Rodney (born 1896). Another brother was born after the 1901 Census, Norman Jeffrey (born 1906). Herbert’s father worked as a Plumber. In the 1911 Census they are all listed at the same address, but by the time of Herbert’s death they had moved to Wichens, 3 Essex Road, Gravesend.
The first school that Herbert attended was Wrotham Road School in Gravesend, before then attending The Gravesend County Day School (now Gravesend Grammar School) from 1912 – 14. Brother Norman also attended the School from 1918. The County Day School had been originally opened in 1893 as a school of science and art, located in Darnley Street close to Gravesend Railway Station. (With the move of Gravesend Grammar School in 1938 to its present site in Milton Road, the original school building is now the Victoria Centre for Adult Education). By the time that William attended the School, the 1902 Education Act had been passed and the school had become a recognised Secondary School. Although still a fee-paying school, there were scholarships available, but it is unknown as to whether Herbert was a scholarship pupil. The Headmaster at the time was H F A Wigley, BA, FCS.
After the outbreak of World War One, Herbert enlisted in the Queen’s Own Royal West Kent Regiment, 10th Battalion, Regiment No. 242479. He was killed in the last weeks of fighting near to the village of Heestert, Zwevegem, Belgium. The Military Cemetery at Heestert was created in February 1919, when local farmers cleared their fields of the Commonwealth and German graves from the October and November fighting.
Herbert Stignant Bailey is buried there in Burial plot D9. 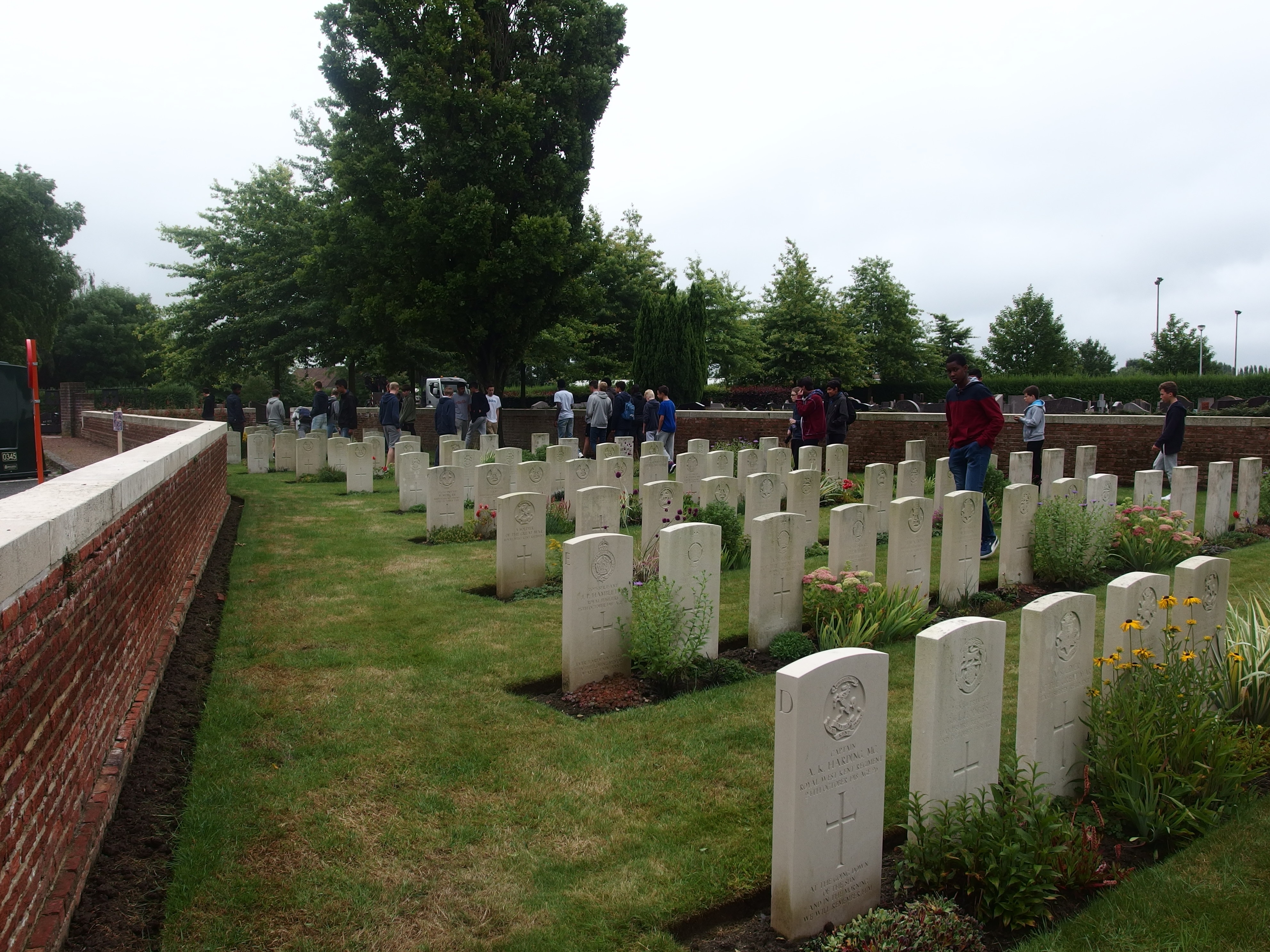