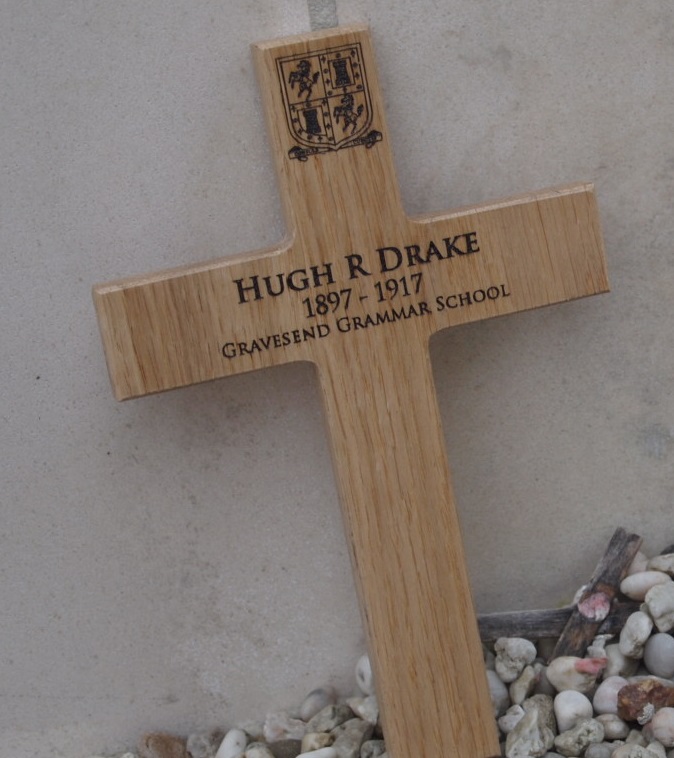 Hugh Rivers Drake was born in Gravesend on 10 February 1897 to Abraham Alfred Drake (born 1857 in Bungay, Suffolk) and Laura Elizabeth (born 1861 in Bury). In the 1901 Census Hugh is listed as living at 19 New Road, Gravesend with his parents, older brother, Waveney Adair (born 1893) and an older sister Gladys Mary (born 14/04/1895). Hugh’s father is listed as a Linen Draper. The family was able to employ both a nurse, Ada Loft, and a domestic servant, Eva Francis.
The first school that Hugh attended was the Modern School in Peacock Street, Gravesend. It was originally the British School opened in 1852 as an elementary school for non-conformist children. Later, in 1874, it was privately owned by Mr Charles Hooper-Smith, who advertised the following: ‘a thoroughly sound and practical education is guaranteed, subjects of study being chosen with a view to each boy’s capabilities and intended career.’ Special classes were available for shorthand, callisthenics and violin. The school was subsequently run by a Mr H Waldgrave. Later the building became a dancing school, known as Freeborn’s Hall. For a time it survived as a Repertory Theatre until it closed in 1950. It was also home for Lewis’ Printers and at present is a Sikh ‘cash and carry’ store.
Continuing his education, Hugh and his sister Gladys attended The Gravesend County Day School (now Gravesend Grammar School) from 1908. The County Day School had been originally opened in 1893 as a school of science and art, located in Darnley Street close to Gravesend Railway Station. (With the move of Gravesend Grammar School in 1938 to its present site in Milton Road, the original school building is now the Victoria Centre for Adult Education). By the time that Hugh attended the School, the 1902 Education Act had been passed and the school had become a recognised Secondary School. The Headmaster at the time was H F A Wigley, BA, FCS. The family’s address in the School Admissions Register in 1908 was 53 Pelham Road, Gravesend.
In the 1911 Census they were still at the same address and his father’s occupation is listed as a Draper and Milliner. Hugh’s brother Waveney had died earlier in the year, his death registered in the Maidstone district. By this time they had no need of a Nurse, and Milly Felsham age 15 was their General Servant. On leaving school Hugh was employed as a pupil by Messrs Cannell and Sons, based at both Swanley and Eynsford, working in their seed nursery.
On his 18th birthday in February 1915, Hugh enlisted in Maidstone as a Private in the West Kent Yeomanry, transferring to the Queen’s Own (Royal West Kent Regiment), 1st Battalion, Regiment No. G/3668, in November 1916. He had been in hospital for 2 months before going back to his regiment at the front, 2 weeks later he was killed in action at the Battle of Broodseinde on 4 October 1917. The Battle of Broodseinde is one of the battles during the 3rd Battle of Ypres – Passchendaele.
Hugh Rivers Drake is remembered at the Tyne Cot Memorial, near Ypres, Belgium – Panel 106-108. 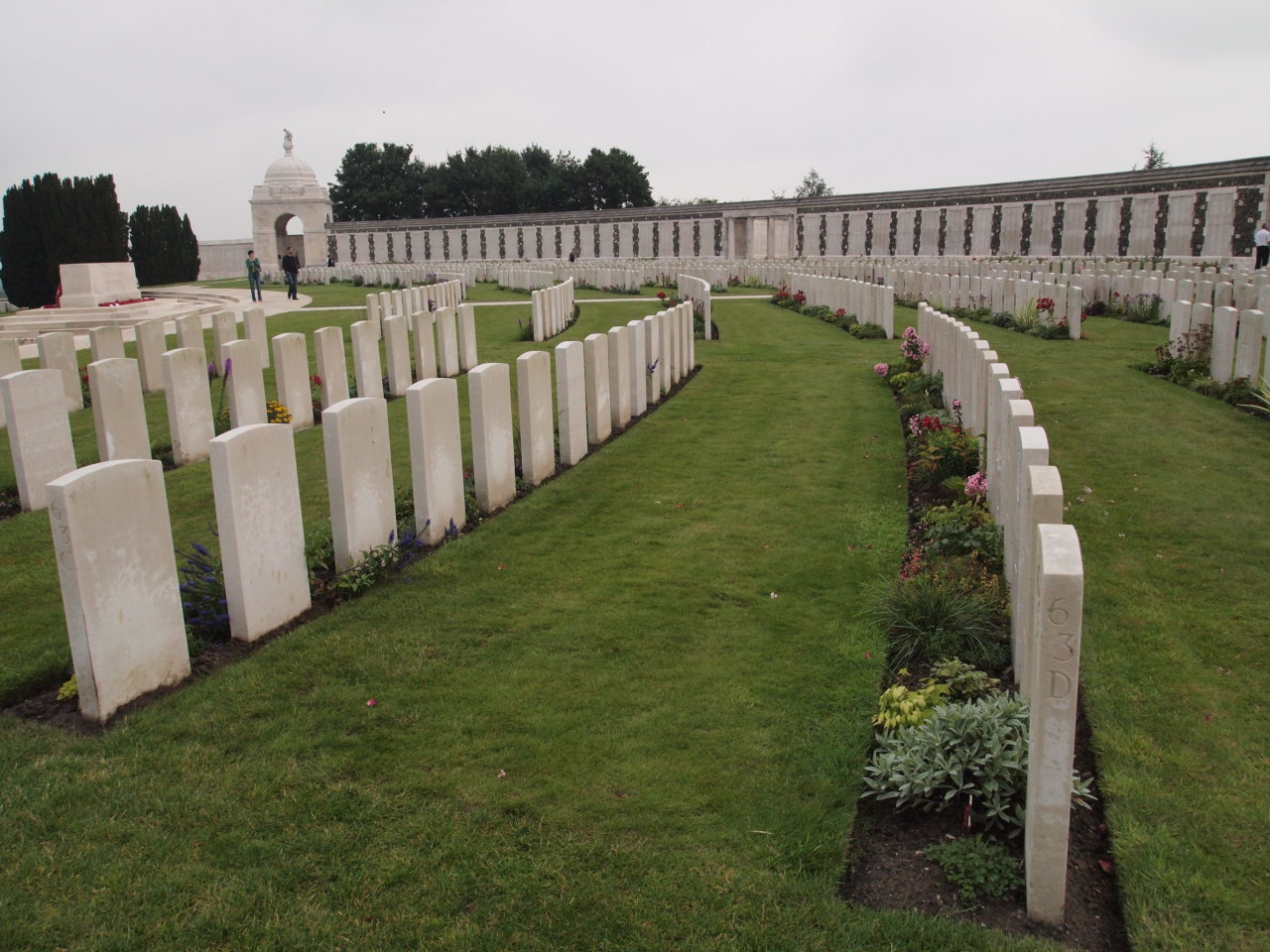