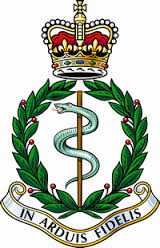 John Harold Hare Johnson was born in Poplar on 15 November 1889 to James Johnson (born 1864 in Poplar) and Esther (born 1864 also in Poplar). In the 1901 Census John (known as Harold) is listed as living at 1 Canterbury Road, Gravesend with his parents and younger sister Agnes Estella Hare (born 26/04/1889), and his cousin Bernard Smith age 5.. Harold’s father is listed as a Carpenter and Joiner.
Harold first attended Wrotham Road School, before continuing his education at The Gravesend Municipal Day School (now Gravesend Grammar School) from 1902. Sister Agnes also attended the School from 1905, by which time its name had changed to The County Day School. Originally opened in 1893 as a school of science and art, it was located in Darnley Street close to Gravesend Railway Station. (With the move of Gravesend Grammar School in 1938 to its present site in Milton Road, the original school building is now the Victoria Centre for Adult Education). Around the time that Harold and his sister attended the School, the 1902 Education Act was passed and the school became a recognised Secondary School. Although still a fee-paying school, there were scholarships available, but it is unknown as to whether they were scholarship pupils. The Headmaster at the time was H F A Wigley, BA, FCS. In 1905, according to the School Admissions Register, their address had changed to 2 Park Terrace, Cross Lane, Gravesend.
In the 1911 Census the family were living at the same address, but Harold had moved in with his Uncle and Aunt – Peter and Maria Jane Smith – living at Inglewood, Claremont Green, Woodford, Essex. Harold is listed as a Pharmacist Student at the East London Hospital. The Hospital has a Harold Johnson listed in its records employed as a junior assistant dispenser at the East London Hospital for Children and Dispensary for Women in Shadwell from 1910 to August 1912. Prior to working there, Harold had been a teacher, working for Kent Education Authority, and they provided a reference for his employment at the Hospital.
Harold enlisted as a Private in the Royal Army Medical Corps and arrived in Egypt on 15 November 1915. After training, he arrived in France in July 1915. He served for the duration of the War, and was discharged on 10 October 1919.
Harold’s death was registered in Gravesend in March 1920. He is buried in Gravesend Cemetery. He is one of several on the School’s Roll of Honour to serve their country, but die after the War.