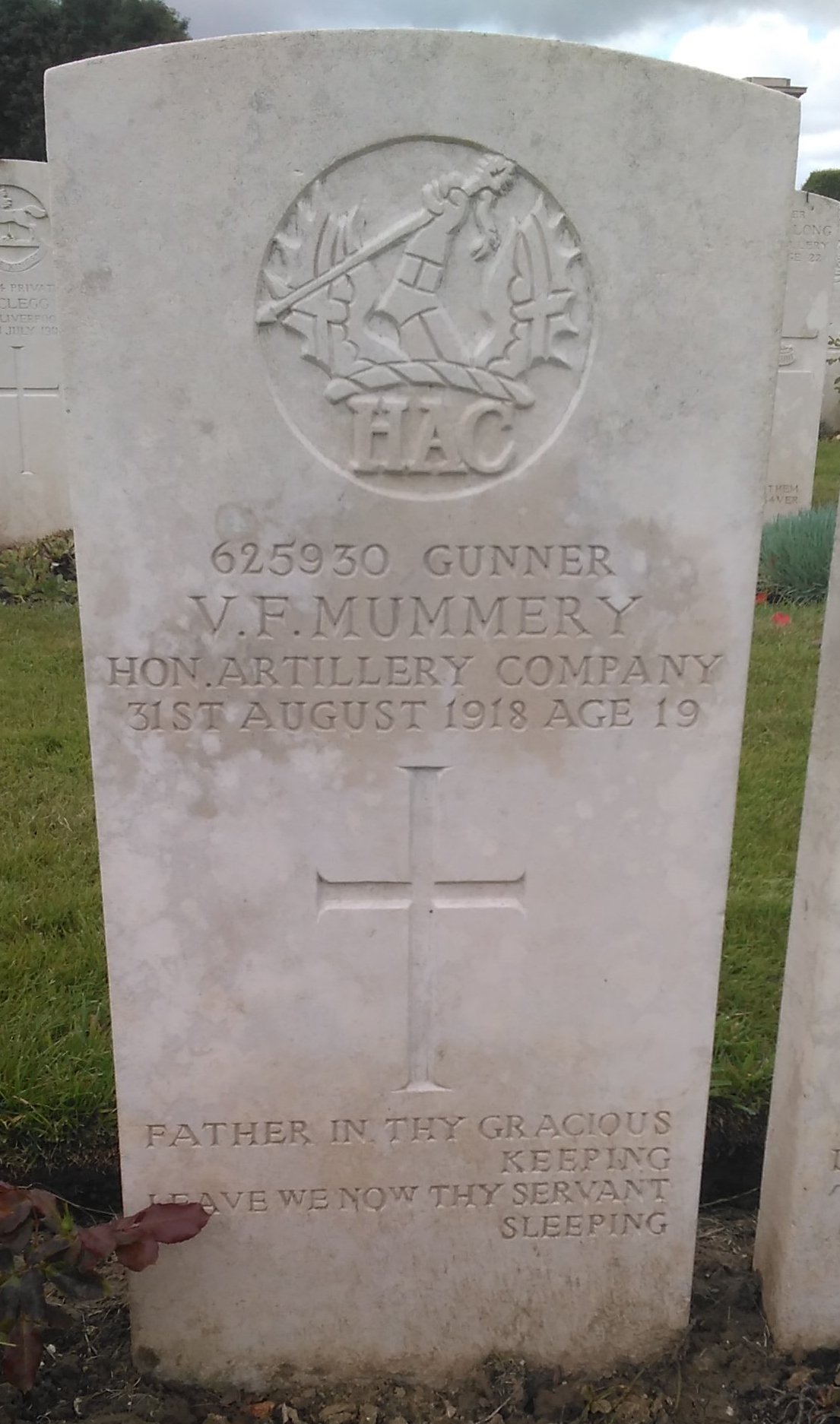 Victor Frederick Mummery was born in Eastbourne in April 1899 to Thomas Frederick James Mummery (born 1868 in Warehorne) and Hannah E C (née Masters, born 1858 in Chewstoke, Somerset). In the 1901 Census Charles is listed as living at 10 Eversfield Road, Eastbourne with his parents and 1 older brother – Raymond Thomas (born 18/08/1893). The family home was also a boy’s Boarding School, with father Thomas Mummery the Schoolmaster.
By the time of the 1911 the family were living with (or maybe visiting) Thomas Mummery’s parents, William and Ellen at Brook House, Sutton Valence. Victor’s father was listed as a retired Schoolmaster, however in 1912 he became the Curate at St James’ Church Gravesend, staying in the incumbency until 1917.
Victor attended The Gravesend County Day School (now Gravesend Grammar School) from 1912-15. The County Day School had been originally opened in 1893 as a school of science and art, located in Darnley Street close to Gravesend Railway Station. (With the move of Gravesend Grammar School in 1938 to its present site in Milton Road, the original school building is now the Victoria Centre for Adult Education). By the time that Victor attended the School, the 1902 Education Act had been passed and the school had become a recognised Secondary School. Although still a fee-paying school, there were scholarships available, but it is unknown as to whether he was a scholarship pupil. The Headmaster at the time was H F A Wigley, BA, FCS. The School was also situated adjacent to St James’ Church, where Victor’s father was Curate. The family at that time were living at St Ives, The Avenue, Gravesend.
On leaving school in 1915 Victor went into farming, his paternal grandfather William was listed as a farmer in the 1911 Census. On 28 March 1917 he enlisted as a Gunner in the Honourable Artillery Company, 2nd Battalion, 126th Brigade – Regiment No. 625930. In the September of that year, his father Reverend Mummery became Vicar of Eynsford Church (Kent Messenger 08/09/1917). Victor was sent to France on 24 May 1918, he died of wounds a few months later on 31 August.
Victor Frderick Mummery is buried at Aubigny Communal Cemetery Extension, Pas de Calais – Burial plot IV g 44. His World War One Medal Rolls Index card has him listed as Peter F Mummery. He is also remembered on the Eynsford Memorial.
Brother Raymond served as a Lieutenant in the Royal Garrison Artillery, ending his service in February 1919 as an Acting/Captain. He was home on leave with his father at the time of Victor’s death (Kent Messenger 14/09/1918). According to his father’s probate records of 1939, he became a Physician. Mother Hannah died in 1929 and Rev Mummery is listed as marrying a Daisy Edwina Alice Candler in 1936. 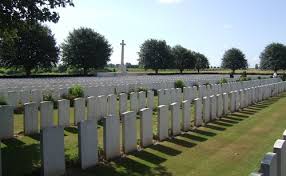