William Farquhar Allen was born in Gravesend on 6 January 1892 to Edward Allen (born 1864 in Gravesend) and Jane Maria Fraser (born 1867 in Woolwich). In the 1901 Census William is listed as living at 125 Milton Road, Gravesend with his parents and 4 siblings – older brother Edward (born 1890 died 1908) and 3 sisters – Florence (born 1889), Doris Muriel (born 1897) and Clarice Vera (born 1900). Another brother and sister were born after the 1901 Census, Harold Reginald (born 1902) and Jean Margaret (born 1909). His father worked as a River Pilot on the Thames.
The first school that William attended was the Higher Grade School in Gravesend, before attending The Gravesend Municipal Day School (now Gravesend Grammar School) from 1902. The Municipal Day School had been originally opened in 1893 as a school of science and art, located in Darnley Street close to Gravesend Railway Station. (With the move of Gravesend Grammar School in 1938 to its present site in Milton Road, the original school building is now the Victoria Centre for Adult Education). At the time that William attended the School, the 1902 Education Act had been passed and the school had become a recognised Secondary School. Although still a fee-paying school, there were scholarships available, however it is unlikely that William was a scholarship pupil as his parents could afford to employ a housemaid. The Headmaster at the time was H F A Wigley, BA, FCS.
By the time of the 1911 Census William at 19 was employed as a Clerk in the Mercantile Marine Office of the Union of London and Smith’s Bank, and playing football for the Milton Church Football Club, winning the League Cup. The family later moved to Lea Hurst, 10 The Avenue, Gravesend.
After the outbreak of World War One, William enlisted as a Private in the Royal Sussex Regiment, 13th Battalion, also known as the 3rd South Down at St Paul’s Churchyard, Regiment No. 2604. After serving in France for 4 months he was promoted to Lance Corporal. William, together with another Lance Corporal, were hit by a stray shell whilst returning to the Company Stores to look after the rations. He was declared dead at the 182nd Field Ambulance Station.
William Farquhar Allen is buried at Bertrancourt Military Cemetery, Plot 1, Row F, Grave 15. 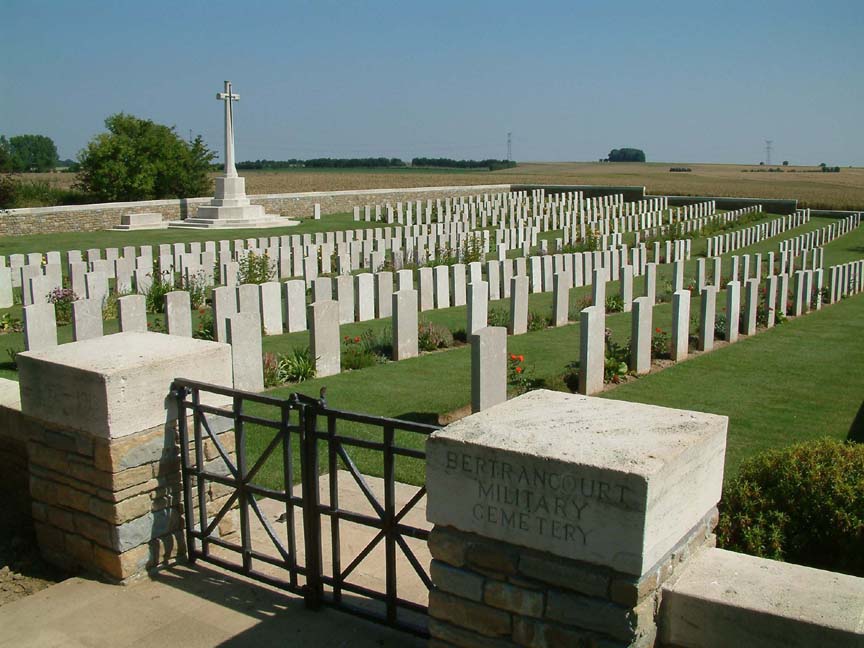